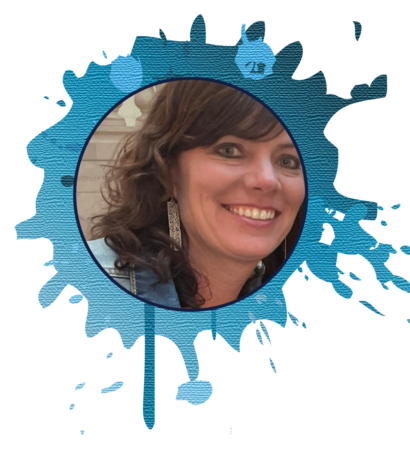 Kim Keene is passionate about art. Although her life has, up until now, taken many interesting turns, her experiences have informed the creative she is today. Originally from Portsmouth, VA, she’s a 1993 graduate of Virginia Wesleyan. Shortly after graduation, she relocated to North Carolina’s Outer  Banks where she opened a small frame shop on the Manteo waterfront. It was there that she began to truly recognize the beauty in living next to the ocean, and her work began to reflect that.

In 2010, she relocated to Croatia where she took on the demanding role as a diplomatic spouse. Her painting was never far away though, and she taught art classes to other foreign spouses. While there, she spent countless hours sailing the Adriatic Sea (another one of her passions) where the eye-popping maritime environment further
informed her work.

In 2014, after returning to Hampton Roads, she opened the Starving Artist Café in Norfolk. Originally a paint frame shop, the café became the center of a thriving local community of artists where Kim held Paint Nights on a regular basis. Eventually the Starving Artist
transformed into an actual café, and Kim opened the walls for local artists to display and sell their work. Today, Kim is focusing solely on her art and gaming new inspiration from her home on Virginia’s Chesapeake Bay.